Chester’s Mystery Plays began in the 14th century when the monks of St. Werburgh’sAbbey would perform plays telling biblical stories.

There is a theory that the plays were the idea of RanulphHigden, a monk at the abbey who wrote a famous history book, the  ‘Polychronicon’. Though it was written in the early 14thcentury, more than 100 copies of the book still exist

Later the plays were performed outside on movable stages on carts and were adopted by the Guilds of the city.

When Henry VIII abolished the monasteries, the plays were banned before being revived, first in the Victorian era and then again more recently.

In the modern era, the plays were staged for the first time in 1951 and from 1952 they have been staged every 5 years. 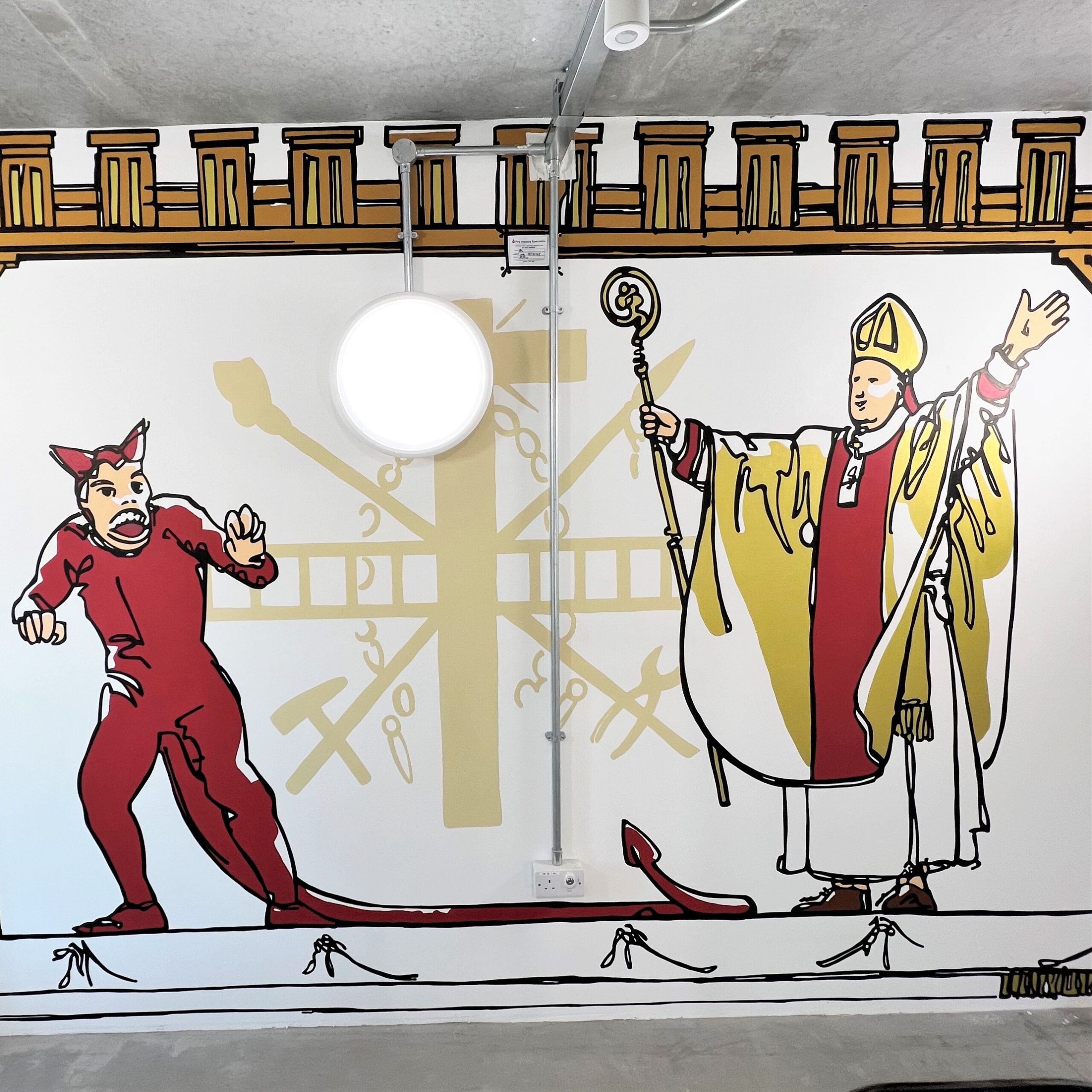 Where can you find traces of the Mystery Plays in Chester today?

Ranulph Higden was a monk at the abbey, now the cathedral which is well worth a visit. The plays were and still are performed on the streets of Chester, with people viewing from Chester’s unique rows. Often the plays would start outside the abbey gateway, which remains on Northgate Street, not far from the car park.