The Roman legions who occupied Chester also built the city. The XXth legion, based at the Deva fortress on the Northgate site, whose emblem was a wild boar, and in honour of this, their symbol of a wild boar has been used in the logo for the new market.

Many of the soldiers came from far-away lands, one such was soldier was Caecilius Avitus, he was an Optio, second in command to a centurion, responsible for up to 80 legionaries. He would have carried a staff to keep the men in order and that can be seen on his gravestone, otherwise he would have been dressed the same as the legionaries.

Caecilius was 34 when he died and had been in the Legion since he was 19 years old. He was from Emrita Augusta in Lusitania, Spain. Present day Mérida. He died far from home. His grave was discovered close to the Northgate on the city walls.

Nearby were other graves including that of two children, Resista and Martia.

We don’t know much about them. Their grave was paid for by their parents, they were aged just 7 and 3 years old. On the gravestone is an image of the girls with a huge shell which may depict a voyage to the Isles of the Blessed, a Roman mythological island paradise for heroes. 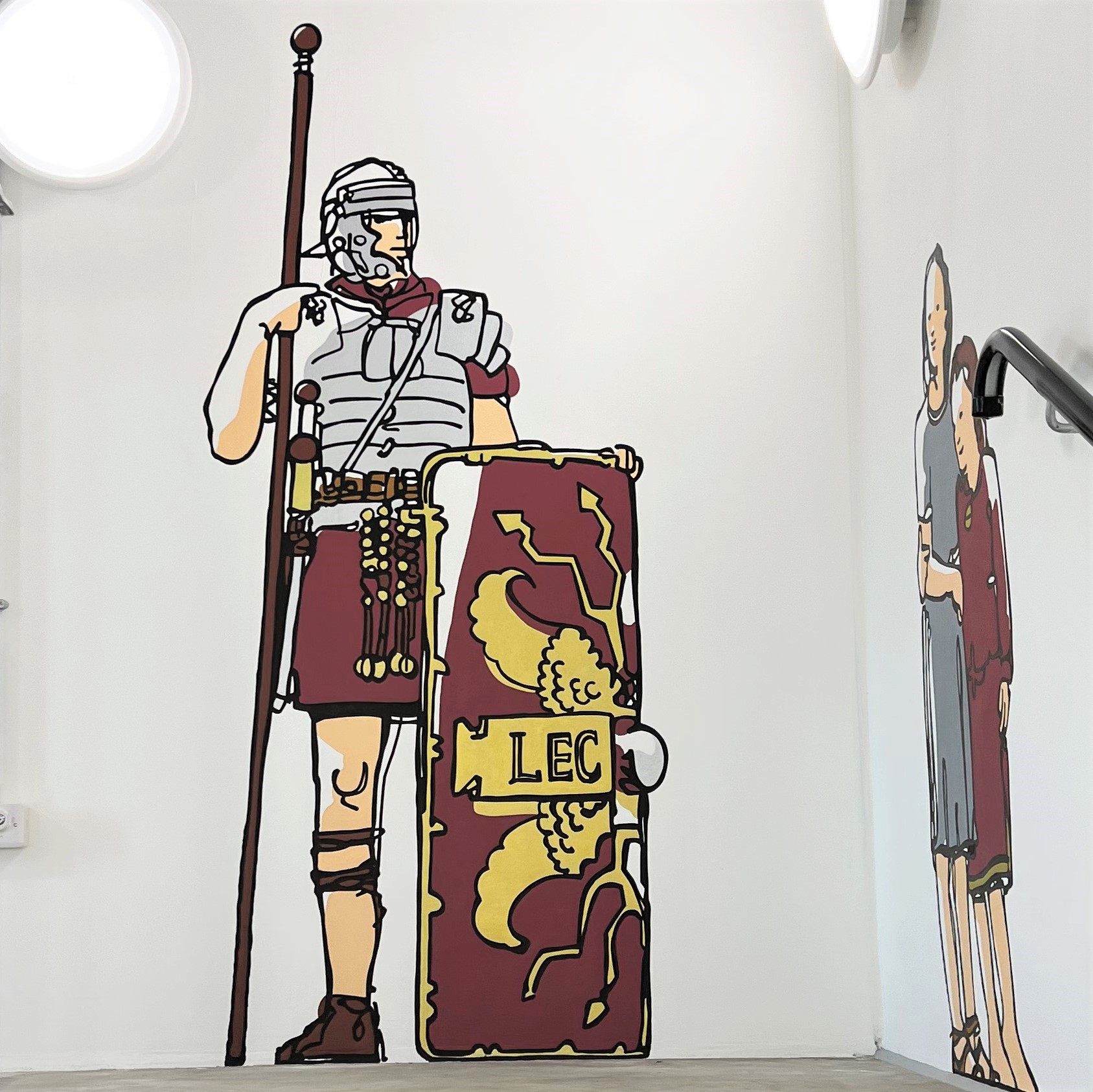 Where can you find traces of the Romans in Chester Today?

You can see these gravestones and more stories about the people who built Chester in the Grosvenor Museum. The Walls are partly Roman, the central streets you walk on follow the same pattern laid down by the Romans.

MASON,J., 2001. Roman Chester: Fortress at the Edge of the World. Stroud: The History Press