Hugh d’Avranches was from 1071, the second Norman Earl of Chester and was one of the great magnates of early Norman England. He was a key member of William the Conqueror’s court. When the Normans invaded England, they caused a great deal of devastation, and Chester was one of the last cities to be brought under their control. William ordered the construction of Chester Castle which remained in continuous use until 1999.

William the Conqueror created three great Earldoms along the Welsh border, with lands centred on Hereford, Shrewsbury and Chester. Each Earl was granted powers normally reserved for the King, to build castles, establish markets and found churches. The reason for these powerful Earls was to protect England from attacks coming from Wales.

Hugh built Chester Castle and used Chester as a base to invade Wales. His Welsh attacks were not very successful, and he was pushed back by Gryffyddap Cynan. Hugh was very religious and was also responsible for growing and converted St. Werburgh’sChurch to a Benedictine Abbey. 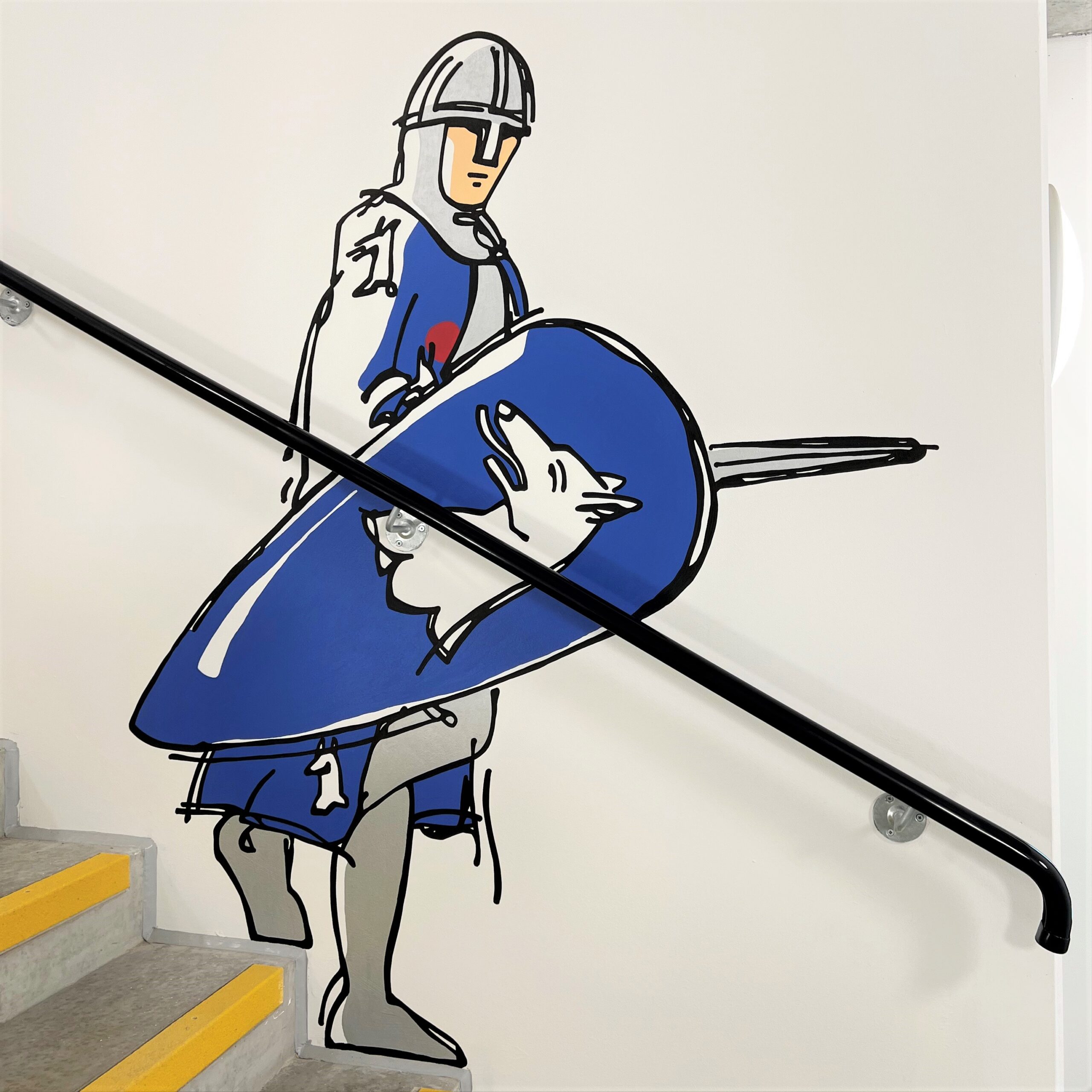 He was known as Hugh the Wolf, but in later life that became Hugh the Fat (according to the Welsh).

Although Chester’s market charter is recorded from 1159, the other Marcher Earldoms had Norman markets established not long after the Norman invasion. It seem likely that there was a market in Chester at this time.

Where can you find traces of Hugh in Chester today?

The greatest Norman legacy remaining in Chester is the castle, however, you will find other traces of Hugh in the city. Look for his wolf adorned shield on the Queens Park suspension bridge over the river Dee and in the old courtroom in the cathedral. The Wolf gate on Pepper Street is reputed to be named after him. Some of the west wall of the cathedral remains from Hugh’s time.