Mediaeval
Edward I and Eleanor of Castille

Edward I is a controversial English king. He is responsible for the defeat of the Welsh and the construction of the famous castles of Wales including Caernarfon, Rhuddlan, Conwy, Beaumaris, Harlech and Flint. His nickname was Longshanks, because he was tall, and is well known for defeating and executing the Scottish rebel William Wallace of Braveheart fame. He and his Spanish wife, Eleanor of Castile, went on Crusade to the Holy Land to fight Muslims, and both were known to be ruthless landowners. Eleanor was a powerful Queen and a very successful landlord in her own right. She was generous to those who came into close contact with her.

In the hundreds of years before the conquest of Wales, Chester and its surrounding lands, had been victim to repeated raids by the Welsh.

Edward was made the Earl of Chester by his father. He visited often, with his wife, with his Father Henry III, then twice more when Edward became king. Each time an army gathered, thousands of soldiers and their entourage would arrive in the city.  It is hard to image the city streets teeming with the huge numbers of people, reportedly 30,000 on one occasion. 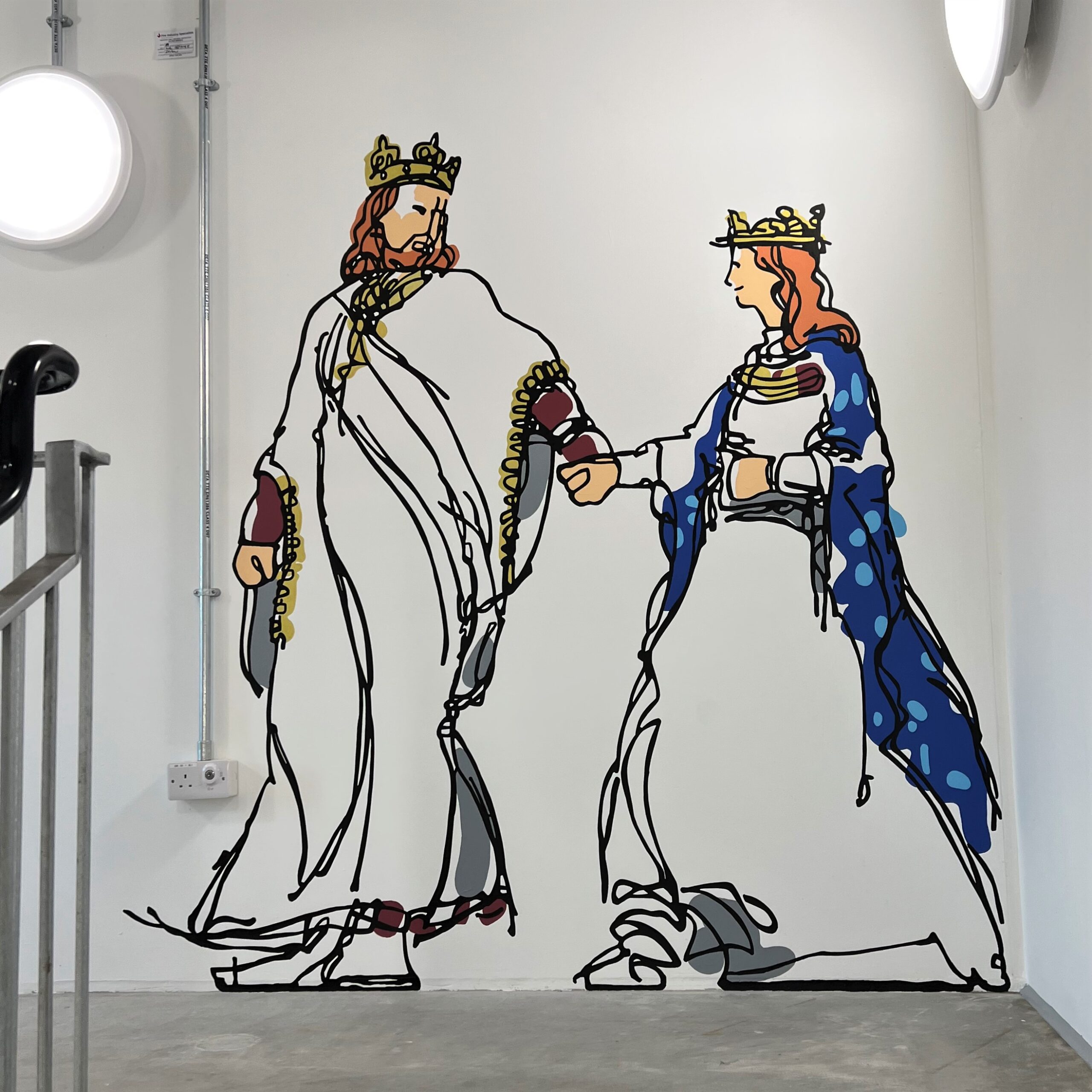 Many words have been written about the Welsh Princes and Edward I. While many in Wales today have a great resentment against Edward, the conflict was complicated. The fight involved two Welsh princes, Llewellyn ap Gryffyddand and his brother Dafydd.

Dafyddhad switched sides and made an alliance with Edward before betraying him. Edward considered the Welsh to be barbarians, yet when Dafyddwas finally caught, he was the first person to suffer execution by being hung, drawn and quartered. His brother Llewellyn was defeated in battle then decapitated and his head taken to London to be placed on a spike outside the Tower of London.

Edward’s strategy from the outset had been to impose English rule over Wales forever by building a series of castles, the famous ‘ring of steel’, initially in wood, then in stone. The greatest of these castles was at Caernarfon, where Edward and Eleanor’s heir, Edward, was born, the first Prince of Wales who was a son of the English monarch, a tradition which continues today.

After the final defeat, Chester was at peace and enjoyed a period of prosperity. The King celebrated the victory in Nefyn(Edward and Eleanor enjoyed the legend of King Arthur and had a round table built to feast with his knights) before returning to Chester where he attended a service at the cathedral.

When Eleanor died in Lincoln, Edward famously paid for a cross to be constructed at each place where her body spent the night on their return to London, the last of these was at Charing Cross where a replica stands today.

Where can you find traces of Edward and Eleanor in Chester today?

There is no direct trace from Edward’s time here. However, it has been suggested that the huge army of stone masons and carpenters who gathered in Chester may have been partly responsible for the construction of the city’s unique ‘rows’ while they waited to enter Wales. They arrived in the city not long after a fire destroyed much of the city.

The army gathered at Shotwick village before crossing the ford into Wales. The church there has the grooves from the sharpening of arrows and the road through Shotwick became known as the King’s Way.

The Agricola Tower at the Castle was in place at the time Edward visited the city and we know he visited the cathedral too.

You can join a Mediaeval tour of Chester from outside the Town Hall or visit the Grosvenor Museum or the Chester Archives to discover more through documents and artifacts from that time.

Morris RH. Chester in the Plantagenet and Tudor Reigns.; 1893.