The English Civil War brought death and destruction to Chester. The war was between Parliamentarians who wanted to get rid of the Monarchy and forces loyal to the King, Charles I. The gentry of Chester were divided with some backing the Parliamentarians, but a majority backed the King. Most people didn’t want to take sides, but the city was important because it had defendable walls and was strategically located being the access point to Wales and Ireland.

The defenders builtearth defences outside the city walls and came under siege for over 16 months between September 1644 and February 1646. The city defence was initially led by Sir Francis Gamulwho was later overseen by a protector, English nobleman Lord John Byron, against Parliamentarian troops led by local MP, Sir William Brereton. Byron had criss-crossed the country in defence of the King and brought extra forces to Chester. The King himself came to the city and was here to watch the decisive battle at RowtonMoor, just outside Chester,which he is believed to have seen his troops defeated from the Phoenix Tower on the city walls.

During the siegethe Parliamentarians bombarded the city with cannon and breached the walls, damaged St. John’s church and much of the city.  In the end Lord Byron was forced to surrender, with many Chester people starving. When Sir William Brereton’s forces occupied Chester around 900 Royalist soldiers were captured. 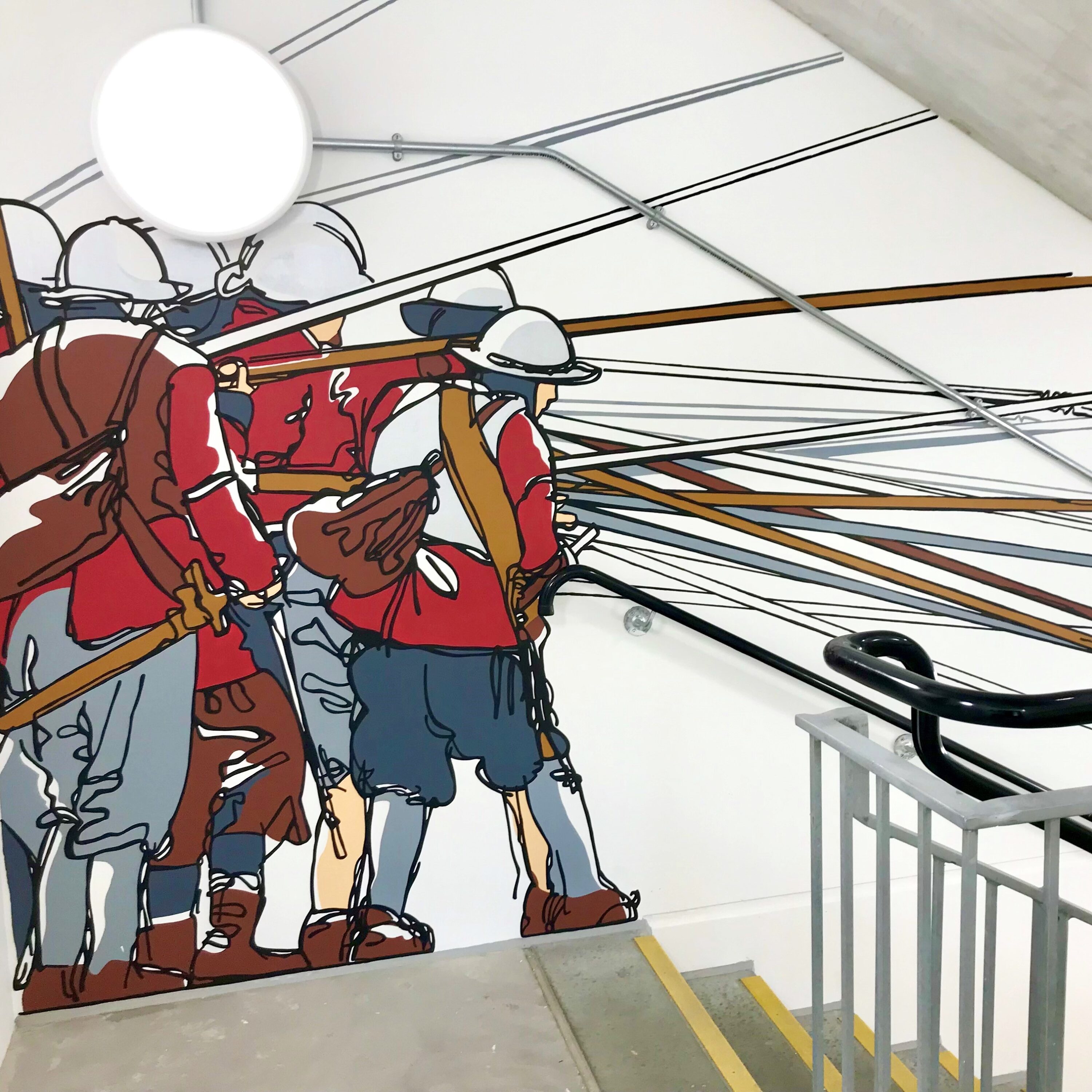 Lord Byron escaped into exile and died in Paris in 1652. The King was eventually captured, tried and executed in London, outside Banqueting House, close to Downing Street. Gamuldied aged 48 and is buried at St. Mary’s Church.

Those fighting in the civil war were often dressed in similar clothes, in order to identify friend from foe, defenders of the city wore cloths of blue and yellow, the Cheshire colours.

Where can you find traces of the Civil War in Chester today?

You can visit the ruins of St. John’s Church, traces of musket and cannon fire around the walls and visit the Phoenix Tower, also known as the King’s Tower on the walls close to the Cathedral. Although the castle is not often open to the public, you can imagine Lord Byron’s canon defended from the ramparts. GamulHouse is still there on Lower Bridge Street and is a craft beer bar. More information is available in the Grosvenor Museum.

BARRATT,J., 2003. The Great Siege of Chester. Stroud: The History Press